I’ve always been turned on by hoodfiggas – Its never been a secret. There is something hot and sexy about a chile from Eastlands who knows how to katia you in sheng… I don’t know how many people will feel me on this vibe but for what its worth anyone who has ever dated or darted a hoodfigga knows what am talking about. Any chile called Susi, or Joy, or Stella or Aggie!! is definitely a hoodfigga and a ride of its kind. Any chile called CHOKU is definitely a chile I would like to spend a few days with just vibing.

Choku and Rat a tat were both in the Calif Records camp a while back. Its my understanding that they both left and have been pursuing separate careers under different management and different producers. The last Choku track I posted was called Vitu na like, which was produced by the same cat who put this track together – Maich Blaq and the Herbalist. Looking at Maich Blaqs Facebook page and the massive collection of hits I think its safe to say there is some talent brewing behind these duos production skills. Funny enough before this track landed on my laps, I was busy trying to get my hands on a track called data by a new artist called Proff. Today I realize that, that particular track is another Maich Blaq & The Herbalist production.

I am not so sure about this Slow Ride track, Choku’s vocals seem to have been worked on quite a bit. The beat is heavy and definitely tight but I am not sure if I woulda given Choku this beat. I think Choku needs to stay on the “vitu nina like” type of beats. Anything fast paced where she sounds more like she is conversating rather than singing. I personally listen to her material for lyrical content and not necessarily vocal capacities. 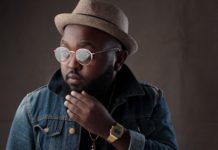