The Beauty of having worked with Blackstar Entertainment in Kenya, is that I worked with some of the most talented DJs ever in East Africa. By Far the one person I keep telling everybody I meet – that he is indeed the ONE! is a guy called Steve Kintu (Dj Mista Prime). Prime also goes by the name DJ Slikk (for all those who remember Roys SWAT TEAM – which mainly was Slikk and Kunt – Mista Prime and Mista Cee // Chris Mugambi and Steve Kintu). I know many people in the US who still listen to SWAT team mixtapes its hilarous as if SWAT team exists today.

Although real talk I would buy that BRAND name from ROY anyday if he was serious and build it back up again… (Roy nipigie simu).

Meanwhile while in Kenya Prime and I worked on a TV show for Citizen TV called Xmix which later developed to this hit show Xtreem Music video. Between the real TV show and the Street version (the one I have attached here) there is a lot of uncut crazy, fun and obviously cool content. We have been working on a web savvy show for guys to enjoy – but for now I will just add a link somewhere on this site to feed the nation. The clip above is some unseen, uncut, edited for the web obviously Reggae Dancehall mix that DJ Prime mixed one fine morning.

Before we bought the DVJ’s we used to do these mixes raw – when I say raw I mean raw. Meaning Prime Mixed that audio set and then synced it with the video. The true measure of a good DJ can clearly be attested when you start trying to look at the details on this product. 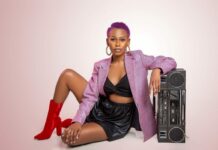