First of all let me say that this track is not new and that’s why I did not tag it as an exclusive. We’ve had it here at GetMziki for a few months now among the many songs we have. I featured this song on the streets are mine Jan 2010 edition and I will say that this is the song this year so far that I’ve had many requests to feature on the site or people asking me to send them the song.

The funny part is that most of the requests are coming from ladies, who 8 out of 10 times dictate what’s popular in the clubs. Tupac once said that you gotta make songs that ladies wanna dance too, since guys will always wanna dance with ladies in the clubs while macking . I will not lie and say that I knew that this song was a hit at first but its one of those songs that stay in your head after a few listens.

We have featured Blu 3 here before and the number of tracks from them that we have, showcase their status as one of the top 5 artists in Uganda. They enlisted Nameless in this song that was released last year, for catchy track. I wanna know what everybody out there thinks of the track. 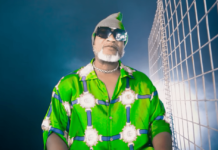 Vinka – By The Way