Kevin Ambalwa (a.k.a. Kayvo), is a 22 year old Kibera native who started rapping in high school. In 2005, he formed the group K-Force with Ndochez and Bobby Slick – Other than these three, there are other skilled recruits in the K-Force clique. Kayvo has been on the underground scene for a while, though over the recent past, he has featured on songs by Yunasi, Rabbit, Kama (of Kalamashaka), Judge, Didge, Wyre, Kleptomaniax, L-Ness, some members of Mau Mau and Stranger. As an artist, he has had the opportunity of working with people such as Ambrose Akwabi (Mandugu Digital), Tedd Josiah (formerly of Blu Zebra) and fast rising producers, Cecil Jamwa (BaseTown Productions) & Paul Manyasa (Musiq Plant Productions).

(Evidently above is a press release spill from Kevin and Cecil his production team).

However when Cecil sent me the track it only made sense to put it up against another track that apparently has been making noise in the US-Kenyan club scene. Nare is a slightly older song but Daddy V still loves it so I figured why not. Am not going to comment on any of these two tracks because this is a faceoff so I have to make sure its fare 🙂

So here goes… Two songs with the same title // Am not sure if this is fair judgement but here goes. And I also know that Kayvo’s song is definitely newer so I dont know how fair this faceoff will be but for added advantage I will throw in Daddy V’s video to balance of the oldness of the song.

vote for the better track here: 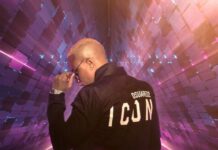 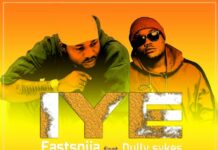