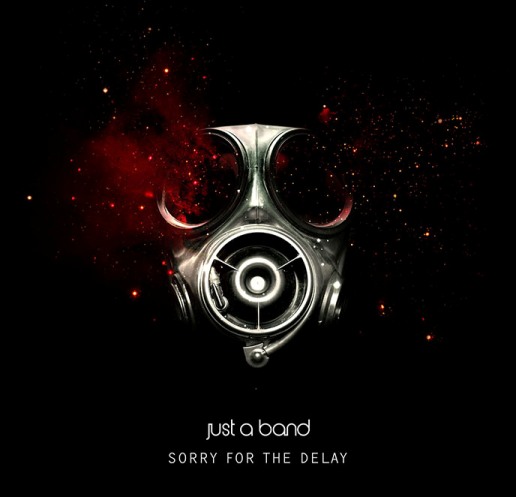 This is the most fitting first post for 2013. I will not get into the whole have a bla bla new year as you’ve already heard enough of this. Real talk and stori. I knew JAB had released this album and I’d sampled a few records but hadn’t really sat and marinated on the album. However, this past weekend, I was watching the movie “House At The End﻿ of the Street” and on one of the first party scene on the movie the record Huff + Puff from JAB was used as part of the movie soundtrack. This made me go back and slowly start sampling the new album, which ended up being this album review.

“Sorry For The Delay” is Just a Band’s long awaited third studio album that showcases the amazing variety of talent that covers a variety of genres and embodies melodic variable sounds. To sample the record and purchase it, check it out here.

According to the group, the album is a collection of songs about life and death, light and darkness, fun, laughter and friendship (good and bad).

JAB set it off with “Life of The Party”, which is a solid track from its instrumentation to its chorus. I was really feeling the crazy synths in the song and the beat change ups. “Dunia Ina Mambo”, Produced by Eric Musyoka and Just A Band is definitely a huge record from the production department and vocals. Made popular by the Kenyan TV crime series “Tahamaki”, the record has a timeless feel to it and should serve as the perfect next single to the album. The line “Ukiniona wanaiona na aibu sana” was a great intro to the first 16’s. The album switches tempo with the “Thank You /Rebel And A Cause” record that had me jamming on the first listen. With Probably For Lovers, which was served as the first single and which we reviewed here, things are looking great so far.

When I get to “Till We Try”, I’m floored by JAB’s versatility and growth as far as using different sounds and experimenting with various styles. I was really impressed with the overall production when they let the instrumentation ride out and let the listeners soak it in. The album slightly lulls with cuts like “Doot Doot”, “Family Ties” and “Get Down”, but picks up the momentum with tracks such as the electric guitar driven “Matatizo” and “Looking for home”. “Bush Baby Disco” is a great record right from the production to the genius Kamba dialogue on the song. It’s such records that really gives the group its distinct and quirky hip-hop/electro/indie sound. Other noteworthy tracks include the purely instrumentation S.W.E.E.T that goes heavy on the electro-funk production.

Overall, “Sorry For The Delay”, showcases JAB versatility and musical growth proving that that perhaps the best is yet to come from the group. They have definitely added another classic addition to their growing catalog, and it’s one sure to please anyone who listens to it. Sound wise and content wise, the album is a great package of sure bangers.

Sample some of the songs below: