Nuke recordings is Proud to announce the latest release from Wangechi entitled Above the bass featuring Tanzanian Singer Damian soul (who was a finalist in the much publicized singing competition Maisha superstar) .This is  the second installment of her upcoming album “What The Funk” to be announced later in the year.The song was recorded in Tanzania at Wanene Entertainment studios by Kevin Provoke and veteran And seasoned music producer Ambrose “Dunga” Akwabi of mandugu digital.Later mixed and mastered by Eric Musyoka for Decimal Records.

Following a very busy year in 2016,She managed to be involved in Big projects with Tusker which saw the birth of the New Tusker campaign ‘ Here is to Us’ where wangechi had a chance to write and create the official theme song  and Blaze kenya by safaricom that focused on mentoring young entrepreneurs across Kenya. Apart from that wangechi was also in the top 100 most influential kenyan Celebrities listing that was release late last year and She also headlined for Jameson Connects alongside kenyan favorites Phy,Dela, Khaligraph , Phy and UK’s Tinie Tempah on that very energetic Event that happened last year December.Wangechi also released her second Album in December 2016 that got massive airplay both locally and internationally. 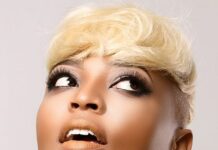 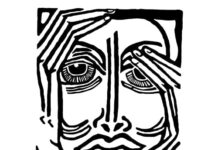