Normally we don’t do this but we are going to do it today because I strongly believe whenever two artists are beefing there is potential of some interesting creativity coming out of the strikes going back and forth.

This is to arm you all and to ask one Question

1. ARE YOU GUYS READY FOR THESE TRACKS?

My personal Disclaimer – Strike Two – Chiwawa is official (beat sounds like something Musyoka did but I understand its a guy called the Master Producer/Babz .. really that track sounds like Hii Ngoma) Either way Chiwawa if I never respected your skills and craft then consider me converted after listening to your ill flow on both these tracks. On this beef shit you really CAME HARRRRRRD. I cant believe the amount of HUNGER in you on both joints… The delivery is just sick, line by line word for word.

Abbas for me I don’t expect any less, I don’t think he came hard as he normally would. In my opinion I think Chiwawa murdered Abbas on these two tracks if you put them side by side. But I will let the people decide. Maybe we should run a poll…. he he he

So here is how it went down, Chiwawa released Strike One:

which was gladly received and answered by Abbas – Shot:

Apparently all this is because of some misunderstanding with regards to Abbas’s wife (ex-wife). I dont have the full 411 but if you listen through half these lines there are glimpses of the pain and anger between the two. However my sources say that Chiwawa isn’t really trying to carry this beef any longer – I think he has proved his point. My sources also say that Chiwawa got caught up in the middle of some personal stuff so he decided to respond via raps. That eventually got Abbas to fire up SHOT… and then Chiwawa answered. On a personal level I think letting beef get to this level isn’t worth it. But truthfully until this week I had always thought Chiwawa was just an okay artists but I fully respect the cat – Listen to the delivery on Strike TWO.

Abbas your my man/dogg and all – let this beef go no need to validate your story or your skill. Its like asking Jay Z to respond to Beenie Sigel 🙂 Why would he? 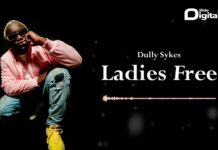