Sometimes I wish I could just speak Jango! for the sake of it. There are some languages in Kenya that if you could hear them and speak them, then you definitely could have a certain competitive advantage over majority of the people in the country. However for me selfishly this would all be to talk to some Big diab mamaz lol.

To me this track is the epitome of what I believe Kenyan Music should be morphed into. I am not saying that there isnt a place for the Camp Mulla's, I just feel that since we largely ignored these types of transitional sounds, we ultimately rid ourselves of the essense of African music and essentially are now trying to compete in the global market with a global sound (which sometimes sucks for me). To me these types of tracks are no BRAINERS – They are simply brilliant (that is if perfromed well and with the right artist). Only one other artists comes to mind for me – MERCY MYRA. Whom I miss so much but somehow she also has been experimenting and growing i

n her own right.

MERCY changed the game with TIE DERO we had never heard anything like that before. It was like POP meets BENGA – what Bruice Odhiambo and Mercy did that year was epic. But that attempt to fell short as we stopped nurturing that type of sound and approach and we quickly jumped to some other shit. Anyway – all is not lost – here is DELA / restoring the faith in a movement that I firmly believe in. Notwithstanding Wesh blessed the same track with a remix which I have gladly attached.

Shit let me listen to TIE DERO again … But I digress

If you feel like the original version [get it here]

Watch the Preview of the upcoming video here: 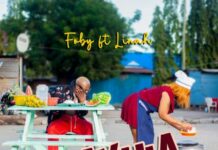 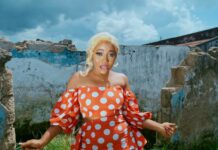 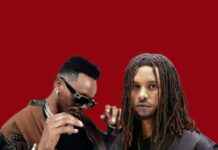