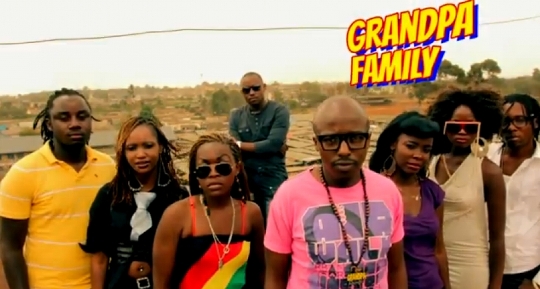 There are so many things that go on behind the scenes in ensuring we showcase what’s new out there, future hits a

nd new upcoming artists. One of the many things we rely on is our various contacts who send us various songs coming out. One of the contact is our Kenyan connect Dan Mixa, who through out the years has always hooked us up with exclusive music and info on artists. Why lie, he’s been sending me tracks and telling me about the great music coming from GrandPa records for a while now, but I must admit I was sleeping on them. Hey, it happens once in a while. However, I have been bumping to TL Moh track “Madeni” for a while which is a very decent record.

GrandPa Family, owned by Refigah, currently houses DNA, Pizzo, Dogo, TL-Moh, Shamir and many other artists. They’ve been on the grind by building their fan base by releasing various records and doing various shows and concerts across East Africa. In the process, they’ve also found and perfected their own sound and lane. A product of their handwork is the recent anthem “Masawli ya Polisi” by DNA. GrandPa records is on the come up as one of the future record stable that is gonna be a force to reckon with in the Kenyan Music industry in the coming years.

The intro to the track just did it for me. “Tumekuja kuwachapa hata na Slippers ama Nyaunyo”. The beat sounds similar to Maswali ya Polisi, but it bangs!. It’s a Great track and everyone delivered on point.

Watch Chapa / Fimbo Ya Pili below: