Yesterday, we started our 254 Freshman 2012 top 10 class list by revealing 2 artists: Kayvo and Xtatic who make part of the top 10 list. Today, we share with you 2 more artists who make the list. Jay A and The Cool Kid Tafiie.

Jay A is one of the artists who makes it on the top 10 Freshmen 2012 with tons of mystique surrounding him. The jury is still out if his mystiqueness will be a postitive or a negative in the Kenyan music industry. There is not so much about him out there apart from the fact that 2012 has been a positive year for him and he’s doing what needs to be done to get the recognition he deserves. It’s not everyday that an artist can make good records, stay low key and land a feature on the Stella X3 banger with Kanja, Sinzu, Big Trill and Mwana Fa.

Why You Should Care: Jay A has a gift for successfully breaking down his lyrical skill that works great for radio. Clap yo Hands shows his versatlity to switch up his rap style on any type of beat.

Next Steps: Jay A to be more visible and accessible in terms of releasing more records and also be more active in social media sites. Get some records that are not meant for the straight radio direction to get that nationwide touring fanbase.

Missing pieces to improve on: Lack of a solid solo individual record and an online presence. Lack of a decent catalog of songs and also lack of a good PR team.As compared to the other top freshmen, he lagging behind in his music catalog.

Listen to On me below

Listen to Stella Remix below:

Watch the On Me video:

Watch the On Me Video below:

Watch Clap yo hands below: 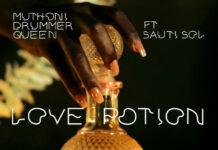 Winning Your Ex Girlfriend Back After Being Dumped