One thing i hate about DJ mixes is that whenever there is a hot song in between a mix, its always so easy to miss it and overlook its uniqueness. So as usual DJ Dona always throws exclusives from TZ and I sleep on a few hits until much later. This is one song that was featured in the GetMziki Streets are Mine Exclusive Teaser in March. So as you can see I basically overlooked the collaborative efforts of the two Tanzanian greats.

Seif Shabana also known as Matonya is probably the biggest R&B crooner right now in Tanzania, although I hear he is such a nutcase personality-wise. Meaning the fame, music and talent has gotten bigger than him. It trully sucks because I personally enjoy his music. To put Matonya and TID in a studio was pure genius – Although I think putting Matonya, TID and Ali Kiba in one studio would be the ultimate. This track is pure genius I don’t even know how I schemed through it – give it a second listen just in case you heard it in a mix and didn’t spend more time giving it its dues. 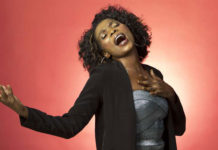